Tamils in Sri Lanka is a significantly weakened community today – the population is relatively small with reduced electoral strength, and its educational and economic performance are among the worst in the country.
Following statement issued by the Global Tamil Forum
The people of Sri Lanka are facing some crucial choices. The outcome of the Parliamentary Elections set for August 5, 2020, has the potential to determine the country’s course for decades. Democratic fundamentals and pluralist character of the state are at stake without exaggeration. The Global Tamil Forum (GTF) urges all citizens of Sri Lanka, including those from Tamil and Muslim communities, to view these elections with long-term perspective and exercise their franchise prudently and responsibly. Otherwise, the price of apathy could be too high. 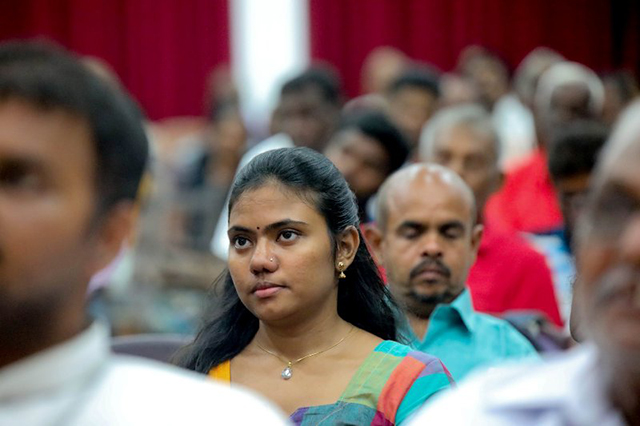 All Sri Lankan citizens: an opportunity to influence governance processes

The authoritarian trajectory of the Rajapaksa Presidency is unambiguous – Presidential rule through decrees and task forces, key civilian functions entrusted to serving and retired military officers (some of whom credibly implicated in serious human rights violations), an atmosphere of intimidation and fear leading to media self-censorship and silencing of civil society activists, and insecurity among the minority communities. It is in this atmosphere that Rajapaksas are seeking 2/3rd majority to change the constitution, in particular, to abolish the 19th Amendment. It is not difficult to contemplate where this will lead to – executive power without checks and balances, marginalisation of Parliament and Judiciary, and key institutions made irrelevant. In such a quasi-democracy, rule of law and human rights will become expendable, and impunity will reign….