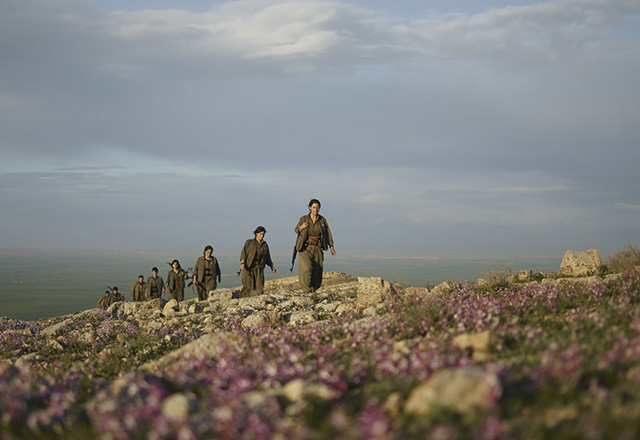 Kurdistan Workers’ Party (PKK) guerrillas on an armed patrol in the countryside of Makhmur. Makhmur, Erbil Governorate, Iraq, March 3, 2015. Image courtesy: www.jacobinmag.com
The Kurdistan Workers Party (PKK) was founded in 1978 under the leadership of Abdullah Öcalan. An armed uprising was launched in 1984 and continued till 2013 with the PKK declaring a ceasefire. The human and economic cost of the uprising was colossal.

A comment one of my LinkedIn friends had made on one of my posts led to the following write up, which would be useful for wider reference.
The Kurds are the largest ethnic group without their own state. Since becoming a republic in 1923 to this day, Turkey has supressed the cultural, linguistics and economic rights of the Kurds….

Mothers of the disappeared in the civil war: Gotabaya Rajapaksa must not be president