Pain of the war is not strange to me

Throughout its history, people in this country including Sinhala, Tamil, Muslim, Malay and Burgher have had equal rights.
Following article based on the speech delivered by the writer as the President of Sri Lanka during the event organized to commemorate the defeating Tamil Tigers.

May 19th is a very important milestone in the history of Sri Lanka.
11 years ago on a day like this, on May 19th 2009, we completely defeated the separatist terrorism which had been a curse to the country for nearly 30 years. 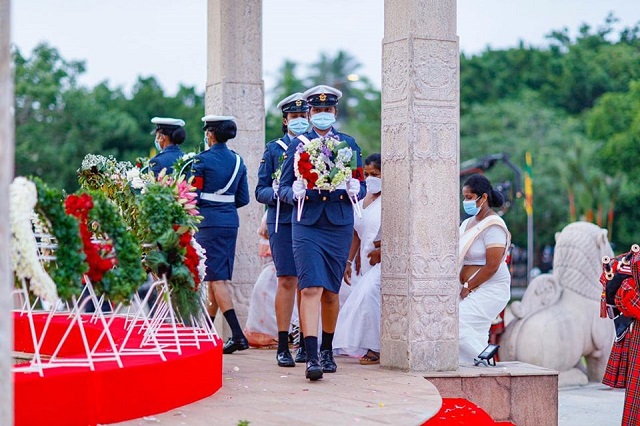 Paying gratitude for those who sacrificed to ensure our safety
It was President Mahinda Rajapaksa who gave the leadership for this battle in his capacity as the Commander-in-Chief.
With the end of terrorism, an environment where people could live without fear or anxiety and enjoy their human rights freely was created.
After a period of 30 years, we ensured democracy and build an atmosphere where free and fair elections could be held.
The atmosphere where people can travel freely without any restrictions to any place of the country was restored.
Our war heroes and their families made immense sacrifices to usher in peace to the country which was engulfed in terror.
War is not a bed of roses….