Home » English » Against Tamileelam » News From » India » Why does he pardons a butcher ?

Why does he pardons a butcher ?

One could think of two possible reasons, one political and the other personal.

At a time when the entire population of Sri Lanka and the whole world is preoccupied with finding the means to escape with minimum damage from the deadly effects of a health and economic crises, caused by COVID-19, also termed as Chinese Communist Party (CCP) virus by Epoch Times, President Gotabaya Rajapaksa (GR) has picked this moment of despair and despondence to grant a special pardon to an Army butcher, Sunil Ratnayake. 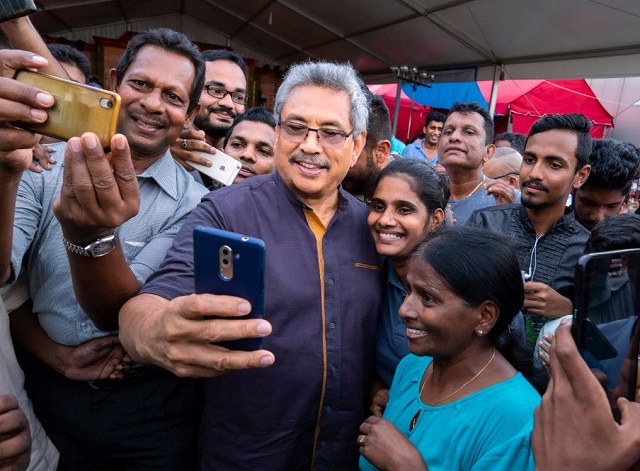 Ratnayake, a former staff sergeant, was convicted and sentenced to death in 2015 after a 13-year trial, for murdering eight Tamil civilians including four children in Mirusuvil on 19 December 2000. This pardon is mindboggling to say the least, and deservingly met unreserved condemnation from all right-minded individuals and institutions, both nationally as well as internationally. It is not only an insult to the families and the community of the butcher’s victims, but also a blatant interference with and callous disregard to the country’s Judiciary.
The erosion of the principle of separation of powers, an important pillar of democracy, started in Sri Lanka long before GR came to power. GR’s immediate predecessor Maithripala Sirisena for example, twice granted pardons, first to a Buddhist priest imprisoned for contempt of court, and next, to a murderer sentenced to death for killing a Swedish teenager in 2005. Now, in the hands of an authoritarian GR, that erosion seems to have reached a new low.
His authoritarian measures in handling the COVID-19 calamity, although should have started a few weeks earlier, did, no doubt, receive kudos even from his opponents. Compared to her neighbours Sri Lanka has done well so far….

At “Chalo Delhi” rally, stories of a country-wide Ambedkarite uprising against the CAA and NRC