Therefore we are withdrawing form the resolution

Constitutionally, the resolution seeks to cast upon Sri Lanka obligations that cannot be carried out within its constitutional framework and it infringes the sovereignty of people of Sri Lanka and violates the basic structure of the Constitution. This is another factor that has prompted Sri Lanka to reconsider its position on co-sponsorship.

43rd Session of the Human Rights Council – High Level Segment Statement by Dinesh Gunawardena, Minister of Foreign Relations of Sri Lanka
As this Council is aware, in November 2019, the people of Sri Lanka gave a resounding mandate to President Gotabhaya Rajapaksa, to pursue a policy framework aimed at achieving the “four-fold outcome of a productive citizenry; a contented family, a disciplined, a just society and a prosperous nation”[1]. It is envisaged to achieve sustainable development and peace in the country, firmly anchored in safeguarding “national security without compromising the democratic space available to our people”[2]. 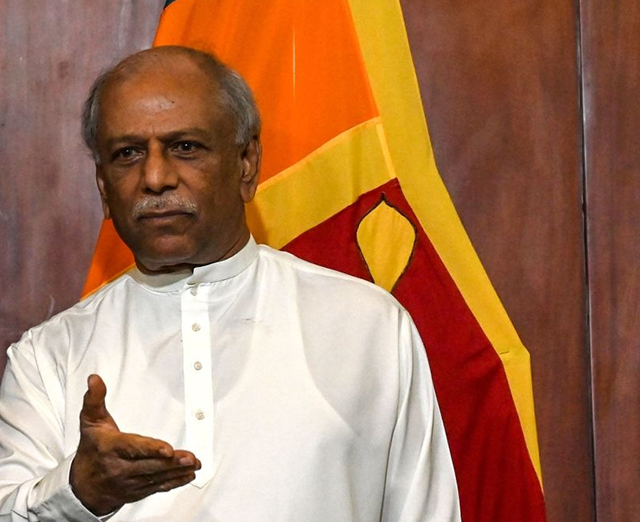 It was over a decade ago, on 18 May 2009, that Sri Lanka defeated LTTE terrorism militarily, bringing to an end three decades of conflict and suffering.Sinhalese, Tamil, Muslims and others. I would like to state with pride that since May 2009, not a bullet has been fired in the name of separatist terrorism in Sri Lanka.
Sri Lanka never had any illusion that the end of the conflict against the LTTE terrorists, will overnight convert to a lasting peace. Although Sri Lanka was not a case of nation building, like many conflict situations that this Council is dealing with, we were mindful that Sri Lanka needed certain reviews and strengthening of existing structures, as part of a sustainable peace and reconciliation programme.
The government led by the then President Mahinda Rajapaksa, of which the current President Gotabaya Rajapaksa was the Secretary to the Ministry of Defence, initiated a sustainable reconciliation process in Sri Lanka to bring about ‘healing and peace building’, taking due cognizance of the ground realities at that time….

Memory and the Security State