The Tibet Autonomous Region’s more than 40 ethnic minorities account for 95 per cent of its population.

It’s not in India alone that a majority’s dangerous minority complex can make sections of the minority community feel under siege. The government of Sri Lanka, whose born-again Prime Minister, Mahinda Rajapaksa, is now visiting New Delhi, acts as if the majority’s Sinhalese language, culture and Buddhist religion are under constant threat from the minority Tamils and Muslims. It was even more comic (and also tragic) when the People’s Congress of Tibet obediently passed a law last month reflecting the nervousness of more than 1.2 billion Han Chinese about the aspirations of 3.2 million Tibetans and nine million Uighurs. 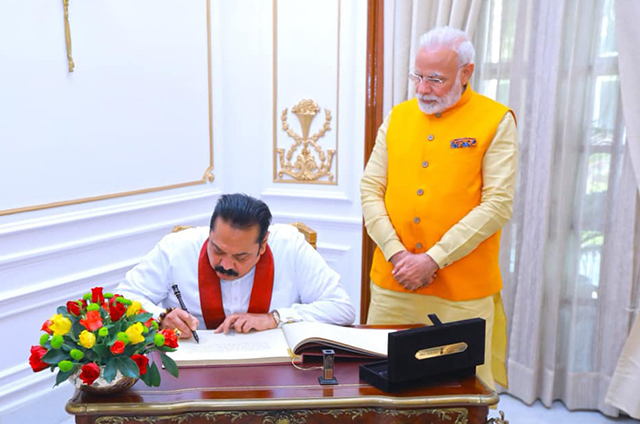 The Tibet Autonomous Region’s more than 40 ethnic minorities account for 95 per cent of its population. The new Ethnic Unity Act, which will become effective from May 1, resembles a similar law introduced four years ago in the autonomous territory of Xinjiang, which China has controlled since 1949 and where 90 per cent of the people are Han. Like Tibet, Xinjiang also houses multiple ethnicities. At least a million Uighur and other Muslims, along with some ethnic Kazakhs and Uzbeks, have been detained in “re-education camps” in recent times….

PAS questions status of probes into ‘Ramasamy and rifle’, 4 others

Construction begins for upgradation of Palali airport near Jaffna

Inspired by Tamil film, Maszlee looks for our own Geetha Rani1 Photo
Flights soon from Sri Lanka’s Jaffna to 4 Indian cities but not Chennai. Here’s why
‘Rajapaksa is the right person to lead our country’ – Muralitharan
Making returning citizens feel at home