Home » English » Against Tamileelam » News From » India » The work begins

Open adherence to Sinhala-Buddhist supremacism is not only the path Gotabaya Rajapaksa has chosen for himself and his government. It is also his biggest offering to his political and electoral base.

hierarchy versus equality and order versus liberty.”Éric Vuillard (The Order Of The Day)
The indications are clear, as are the implications. Gotabaya Rajapaksa, elected on a Sinhala-Buddhist supremacist platform intends to rule as a Sinhala-Buddhist supremacist president.
For the first time in Independent Ceylon/Sri Lanka, we have a cabinet of ministers without a single Muslim member. Nor is there a Muslim amongst the 38 state/deputy ministers. Of the 54 cabinet and non-cabinet ministers, there are just two Tamils and one woman. Even the state minister for Women’s Affairs is a man. 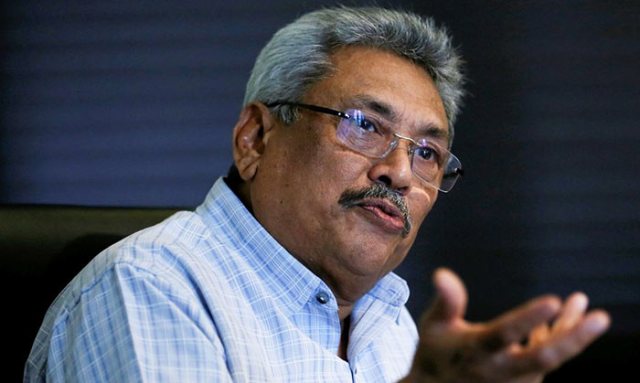 Sinhalese, who constitute around 75% of the populace, make up more than 92% of the current stable of ministers….