There are many in India who believe that they should be made citizens
by R K RadhakrishnanCourtesy: Front line India
Two communities of Sri Lankan Tamils have been left out of the Citizenship (Amendment) Bill though they qualify on every count.
the plantation Tamils, who have roots in India and were forcibly relocated to Sri Lanka by the British as indentured labourers, and the Sri Lankan Tamil refugees living in India. 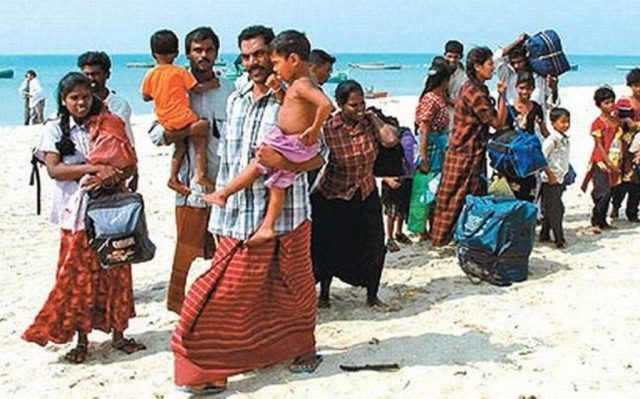 There are about 59,000 Sri Lankan Tamil refugees in the 100-plus refugee camps in Tamil Nadu and nearly 30,000 outside the camps. About four lakh plantation Tamils came to India following two Indo-Sri Lanka pacts, but the vast majority of these people of Indian origin, whom the CAB caters to, are in Sri Lanka.
Both the groups tick all the boxes that the Bharatiya Janata Party (BJP) has in mind—most of those belonging to both these communities are Hindu and have been subjugated to and suffered oppression and neglect at the hands of the government. The Sri Lankan Tamils in refugee camps tick one more box; many have lived in Tamil Nadu for at least a decade and a half.
There are practical problems that the Tamil refugees face if they are not citizens. For instance, a bright girl from a camp who had completed her schooling at the top of her class a few years ago (the Tamil Nadu government provides free education, health care, rations and a modest allowance for Tamil refugee families) was accepted to a university abroad on full scholarship. All that was needed from India was travel papers for her.
Unfortunately, there is no provision available for the “minders” of the refugee population in Tamil Nadu, the Q Branch police, to give out such travel papers….