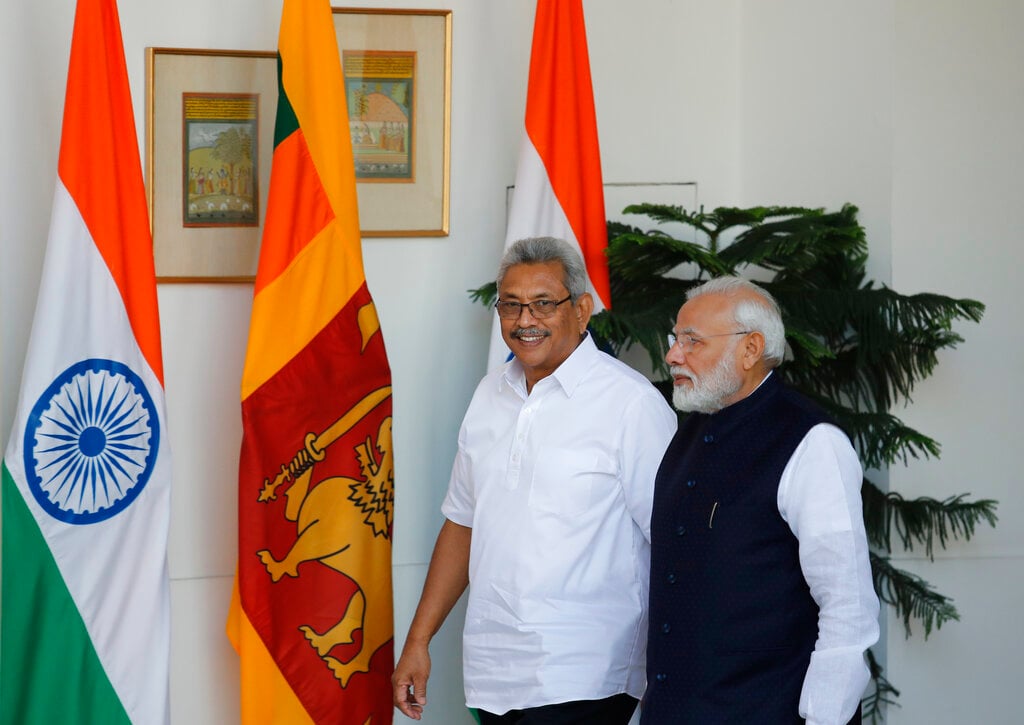 NEW DELHI: Sri Lanka’s new president Gotabaya Rajapaksa has warned India and Western nations that his country will be forced to seek finance from China again if they do not invest in the island.

Rajapaksa told the Hindu newspaper in an interview published Sunday that other Asian nations would also turn to China’s giant Belt and Road infrastructure project without alternative help.

Sri Lanka has traditionally been allied to India but became close to China, securing about US$7 billion in loans and investment, when Rajapaksa’s brother Mahinda was president from 2005 to 2015.

“I want to tell India, Japan, Singapore and Australia and other countries to also come and invest in us,” said the president, who was in India this weekend on his first foreign trip since winning a presidential election on November 16.

“They should tell their companies to invest in Sri Lanka and help us grow, because if they do not, then not only Sri Lanka, but countries all over Asia will have the same (problem)….

South Asia: Coronavirus and its meaning for two poll-time nations