The Rajapaksa family is virtually ruling the country. Gotahaya is the President; Mahinda is the Prime Minister and also in charge of key portfolios and Chamal Rajapaksa is another member of the cabinet, who is in charge of the Mahaveli development, agriculture and trade.
by Prof. V. Suryanarayan
The victory of Gotabaya Rajapaksa in the Presidential election held on November 16, 2019, with a massive mandate, not unexpected by Sri Lanka watchers in India, opens a new chapter in Sri Lanka’s history and also in Sri Lanka-India relations.
Gotabaya is a controversial figure; while the majority Sinhalese adores him as a “savior” and a “war hero”, the minority Tamils (Sri Lankan Tamils and hill country Tamils) and the Muslims view his ascendancy with fear and trepidation. The EU Election Observation Mission in its report has mentioned that the election was largely free of violence and technically well – managed. However unregulated campaign funding, abuse of state resources and media bias did not provide a level playing field for all candidates. 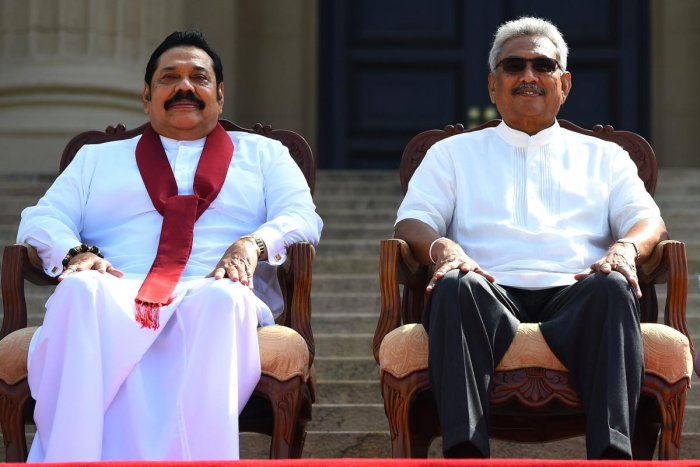 Gotabaya in his campaign highlighted that if elected he would restore law and order in the country. It was music to the ears of the majority Sinhalese, especially in the wake of ISIS-inspired bombings last Easter, that left more than 250 dead and at least 500 injured….