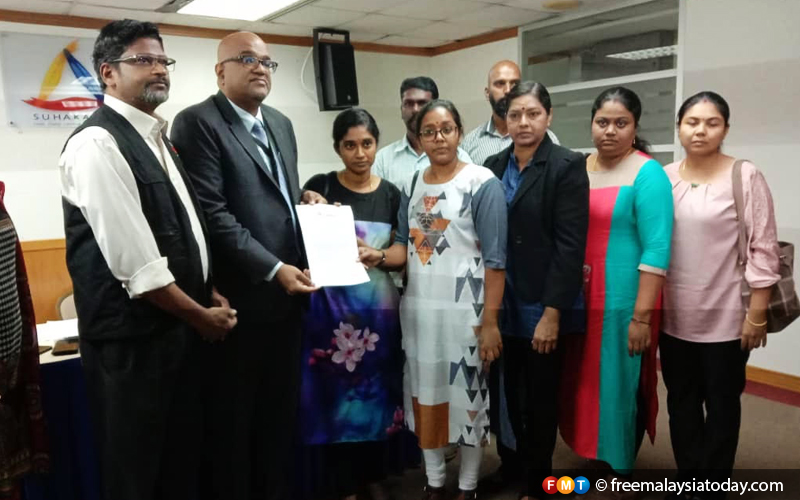 V Umah Devi (3rd from left) holds up a copy of the memorandum that was given to Suhakam. On her right are Suhakam commissioner Jerald Joseph and Suaram executive director Sevan Dorasamy.

KUALA LUMPUR: The Human Rights Commission of Malaysia (Suhakam) says it will investigate claims of harassment by the wife and aide of one of several individuals arrested under security laws for alleged links to the Liberation Tigers of Tamil Eelam (LTTE) group.

The claims were made at a meeting here today, where family members of 11 individuals handed over a memorandum to Suhakam urging the commission to declare the arrests illegal.

V Umah Devi, the wife of DAP’s Gadek assemblyman G Saminathan, said she had received a call from a man claiming to be a high-ranking police officer as she waited outside Bukit Aman for the release of her husband last month.

She said the man told her that she could receive “good news” the next morning.