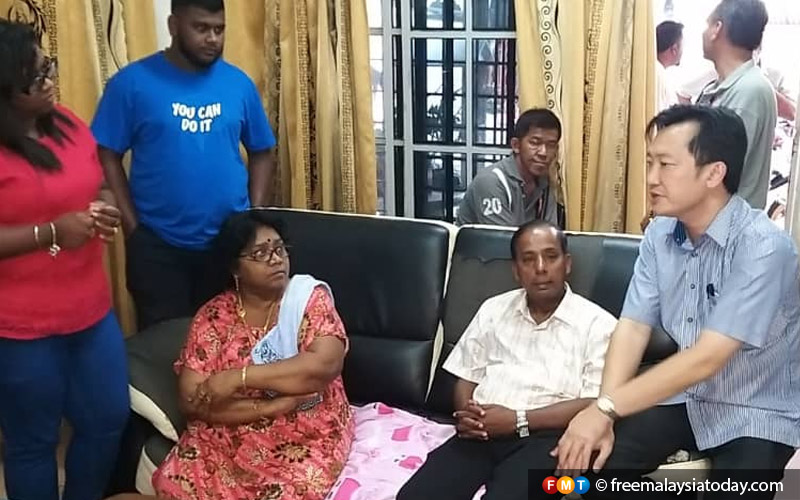 “DAP vice-chairman M Kula Segaran with the wife and family members of Seremban Jaya assemblyman P. Gunasekaran, who has been arrested under the Sosma security law.”

PETALING JAYA: Two more members of Melaka DAP were reportedly arrested by police under the Security Offences (Special Measures) Act (Sosma) today over suspected links to a now-defunct Sri Lankan separatist group. Three others, two in Penang and one in Selangor, were also reportedly arrested.

State DAP chairman Tey Kok Kiew, told Berita Harian that the chief executive of a state-owned company and a municipal councillor, were nabbed in the morning.

“I am made to understand that they were detained at their homes in Durian Tunggal, Alor Gajah, around 10am,” he told the Malay daily.

Melaka police chief Mat Kasim Karim confirmed that the duo were arrested over their alleged ties to the Liberation Tigers of Tamil Eelam (LTTE)….