Home » English » Against Tamileelam » News From » India » Sri Lanka’s Easter Tragedy: When the Deep State gets out of its Depth

Sri Lanka’s Easter Tragedy: When the Deep State gets out of its Depth

President Sirisena clearly did not take the pre-warnings seriously; that would have set an example to the rest. If the President did not care, why should his men who depended on him for furtherance their careers?
Following are the extracts from Rajan Hoole’s new book on Easter Tragedy
Our history of impunity, especially since the ascent to power of J.R. Jayewardene in 1977, brings us to the strange and largely un-mourned disappearance of the law. The Easter eruption, the evidence suggests, was a gamble the protagonists stumbled into in confronting the arithmetical realities of the coming presidential election. Their expectations appear to have gone awry. What transpired was in effect, a second attempt at disenfranchisement, this time of the Muslims. The Plantation Tamils were disenfranchised in 1949, as a follow up to the 1948 Citizenship Act. 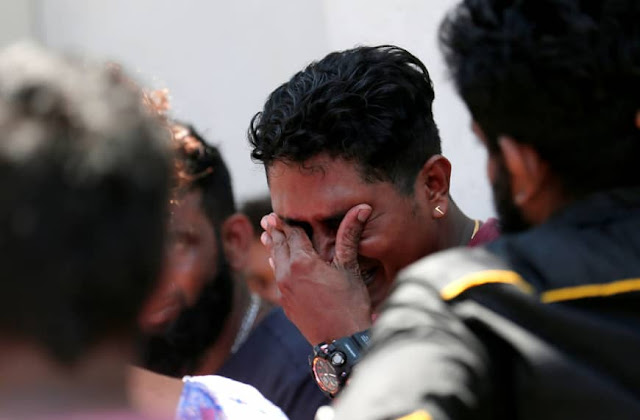 Weeping eyes; After the tragedyUntil the war and militarisation, there was no indication of state agencies taking the side of Wahabis against the Sufis….

Consequences of a split in the UNP