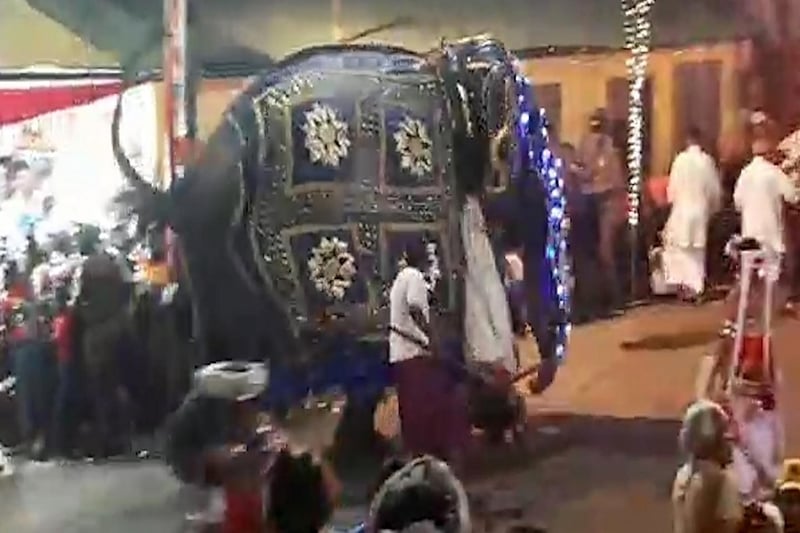 A Sri Lankan elephant trampling on participants at a religious festival in Colombo. (AFP pic)

A temple custodian who was riding one of the animals was among those hurt, as well as 13 women who were scrambling to get out of the way of the marauding elephants at the Buddhist pageant on Saturday in Colombo.

Nobody was seriously injured, authorities said.

Elephant expert Jayantha Jayewardene said that the animals were in musth, a period when their reproductive hormones soar, and that said temple authorities had ignored proper procedures.

“The pair should not have been used in the pageant….