The UN High Commissioner for Human Rights Michelle Bachelet expressed serious concerns Monday about the appointment of a senior Sri Lankan military officer, who has been heavily implicated by a succession of UN reports in alleged war crimes and crimes against humanity, as the country’s new army commander. 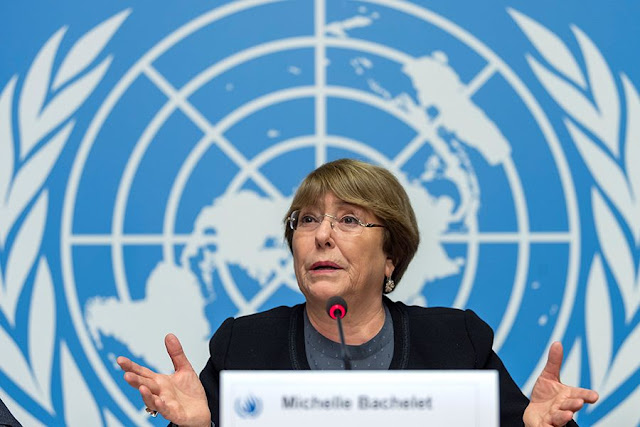 “I am deeply troubled by the appointment of Lieutenant-General Shavendra Silva as Commander of the Sri Lankan Army, despite the serious allegations of gross violations of international human rights and humanitarian law against him and his troops during the war,” Bachelet said.
The High Commissioner had already described his previous appointment as Army Chief of Staff as a “worrying development” in her last report to the Human Rights Council in March 2019.
Lieutenant-General Silva commanded Sri Lanka’s 58th Division during the final stages of the military campaign against the LTTE (‘Tamil Tigers’) in 2009, and successive UN investigations have implicated his division in alleged serious violations of international humanitarian and human rights law.*
“The promotion of Lieutenant-General General Silva severely compromises Sri Lanka’s commitment to promote justice and accountability in the context of Human Rights Council resolution 30/1,” Bachelet said. “It undermines reconciliation efforts, particularly in the eyes of victims and survivors who suffered greatly in the war. It also sets back security sector reform, and is likely to impact on Sri Lanka’s ability to continue contributing to UN peacekeeping efforts.”