Kiwis hold no World Cup mystery for us, say India 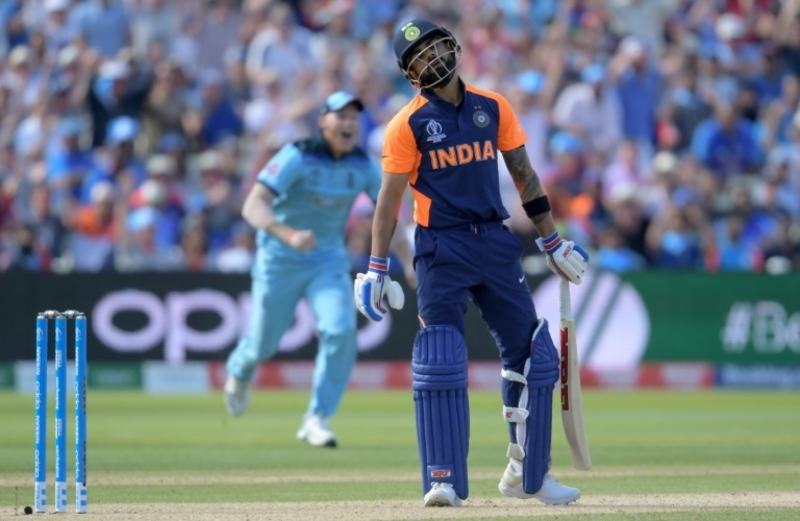 India’s captain Virat Kohli reacts after his dismissal during a match. (AFP pic)

MANCHESTER: India may have been denied first-hand experience of the threat posed by New Zealand when their World Cup group game was washed out but Virat Kohli’s men say there will be no mystery for them when the teams face off in their semi-final on Tuesday at Old Trafford.

The June 13 contest at Nottingham, featuring the only two unbeaten teams of the tournament at that stage, was called off without a ball being bowled but India assistant coach Sanjay Bangar said his players would not be concerned.

“It’s not too long ago that we played a full series in New Zealand,” Bangar pointed out.

India, in imperious form, registered a 4-1 victory in the one-day series and prevailed 2-1 in the Twenty20 Internationals in New Zealand earlier this year.

New Zealand did see off India by six wickets in a World Cup warm-up match at The Oval but Bangar said India, who saw off Sri Lanka by seven wickets on Saturday to top the group stage, would continue to focus on themselves rather than their opponents….