There were Islamic schools textbooks which recommended death sentence for those offending Islam and those books in Tamil and Sinhala languages were published by the Educational Publications Department of the Ministry of Education, the Parliamentary Select Committee probing the Easter Sunday carnage was told yesterday. 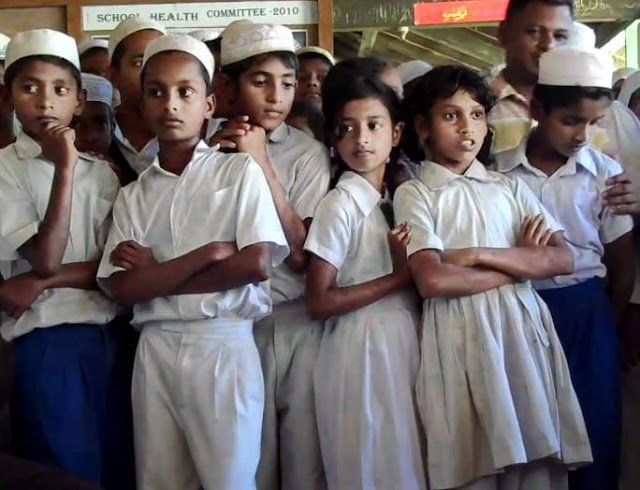 Testifying before the PSC, Rishwin Ismeth, who identified himself as an atheist with death threats from Zahran Hashim’s group members for leaving his religion, said that he had complained about Zahran to the police in 2016. “I first informed the police that Zahran and his group were threatening to kill me and lodged a complaint with the Police Headquarters on July 20, 2016. On two occasions on July 21, 2017 and on August 26, two more complaints were made and statements were made. Nothing happened till the Easter Sunday carnage. In the aftermath of the attacks, Police contacted me on May 21, 2019 to check whether my address was correct. On May 21, I was asked to be present at Terrorist Investigation Division on May 27. There I was told that some suspects had confessed that they followed me. I provided some more information”.
The witness was warned by the PSC not to reveal sensitive matters that would affect the ongoing investigations and requested media to refrain from publishing certain parts of the witness’ statement….

US to limit military ties with Sri Lanka1 Photo