The Global Tamil Forum (GTF) express its strong condemnation of the anti-Muslim hatred and hysteria being whipped up by sections of Sinhala Buddhist community, and call on the Sri Lankan authorities to take immediate steps to arrest this dangerous development. 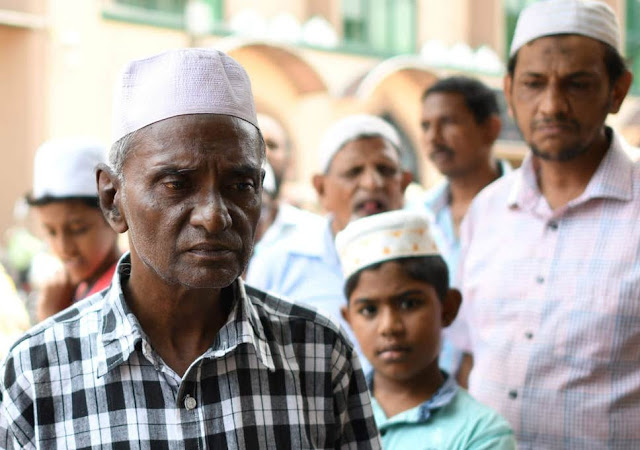 Following the end of the decades-long civil war in 2009, the Muslim community became the prime target of the extremist elements among the Sinhala Buddhist community, and this was aided and abetted by powerful forces within the majority community. The emerging trend was unmissable – well-planned violence in the Kalutara district in June 2014, highly-coordinated riots in the Ampara and Kandy districts during February-March 2018, and the death and destruction in several towns across the North-West region in May 2019.
Muslim civilians lost lives; their homes, businesses and mosques were ransacked and burnt; and tens of thousands were displaced. Many of these attacks were carried out under the patronage of Buddhist monks and in the presence of security forces. The hatred against Muslims was systematically ramped up over recent years and the community has been harassed and intimidated in a multitude of ways – deceit and false propaganda, calls to boycott Muslim professionals and their businesses, and imposing dress codes in violation of basic human rights. Actions of the extremist Sinhala Buddhist elements thus resulted in the creation of a fertile ground for extremist Islamic elements to exploit. This is undoubtedly one factor that contributed to the Easter Sunday violence.
A notable crescendo was the recent hunger strike by the Monk-Parliamentarian, Athuraliye Rathana, calling for the resignation of Muslim Ministers and Governors by implicating them to Easter Sunday violence. GTF supports a thorough investigation into Easter Sunday attacks to identify all those directly or indirectly contributed to that carnage and bring them to face the full force of the law….

Sri Lanka is a Unitary State respected all equally1 Photo

Tamil Tigers acquitted in Switzerland1 Photo
Fulfil the demands of the families of the disappeared
Lankan President appeals to citizens to celebrate the traditional New Year only in their homes
இந்தியாவில் கோட்டா பேசிய வெற்றிவாதம்!1 Photo