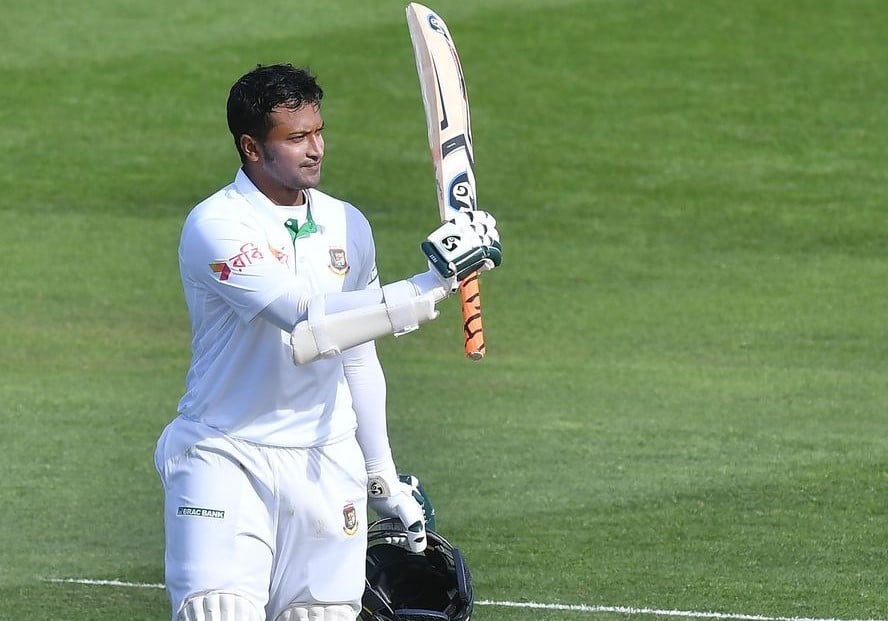 Bangladesh’s Shakib Al Hasan is recovering from a thigh injury inflicted during a match against England last week. (AFP pic)

BENGALURU: Bangladesh are optimistic that all-rounder Shakib Al Hasan will recover from a thigh injury in time for Monday’s World Cup match against West Indies in Taunton, their coach Steve Rhodes has said.

Shakib strained a muscle in his left thigh while batting against England in Cardiff last week, but fought past the pain to make 121 runs as Bangladesh lost by 106 runs.

The 32-year old, who has scored 260 runs at the tournament so far, was a doubt for Tuesday’s match against Sri Lanka, which was subsequently abandoned, and Rhodes is confident the extra week’s rest will do him good.

“He picked up a little injury in that game against England and he fought on and battled on and played extremely well with an injury,” Rhodes told reporters on Tuesday.

“We’re very, very optimistic that with the treatment he will get this week he can recover well and play in that next game against West Indies….