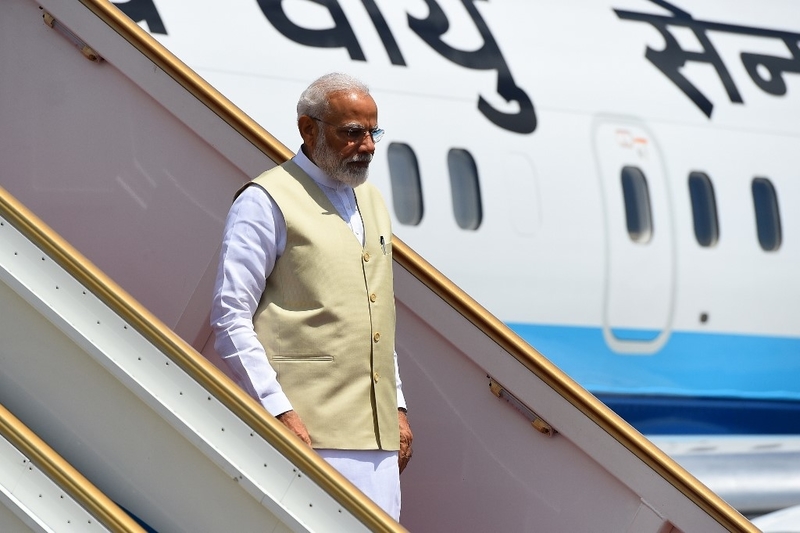 Indian Prime Minister Narendra Modi looks on as he deplanes after arriving at Bandaranaike International airport in Katunayake on the outskirts of Colombo. (AFP pic)

COLOMBO: India’s Prime Minister Narendra Modi Sunday made an unscheduled stop at a Catholic church bombed during the Easter suicide attacks ahead of his official welcome to Sri Lanka.

Modi’s entourage made a detour to St Anthony’s shrine on their way to President Maithripala Sirisena’s office, where a red carpet military parade awaited.

“I am confident Sri Lanka will rise again,” Modi said on Twitter while posting photos of himself at the church.

“Cowardly acts of terror cannot defeat the spirit of Sri Lanka. India stands in solidarity with the people of Sri Lanka.”

Jon Favreau on making The Lion King: ‘I felt a tremendous responsibility not to screw it up’
Some remarks on SWRD’s days at Oxford1 Photo
‘Rajapaksa is the right person to lead our country’ – Muralitharan
Free the Sosma 12 or charge and bail them, says MP1 Photo