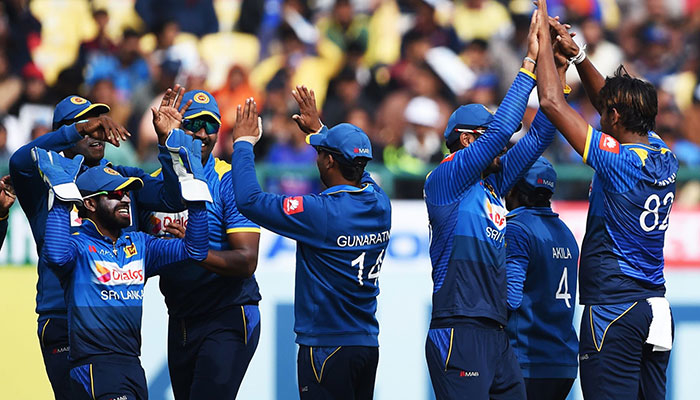 Former world champions Sri Lanka hope that their poor run in the one day matches will not affect their performance. (AFP pic)

COLOMBO: Sri Lanka go into the World Cup with low expectations after losing eight of their last nine one-day matches and led by a captain who has not played 50-over cricket for more than four years.

While the 1996 champions have enjoyed some success in the Test arena, they have lost more than three-quarters of the ODI matches they have played since the beginning of 2017.

During that period, Sri Lanka have been led by six different captains, the most recent of whom is Test opener Dimuth Karunaratne.

Karunaratne, who is regarded as one of the best batsman in the five-day format, had not been part of Sri Lanka’s ODI set-up since the 2015 edition, largely because of his low scoring rate in limited-overs matches.

With the team’s top order having routinely proved fragile during the series against South Africa in March, the solidity Karunaratne offers as opener has proved attractive to team selectors….

LankaWeb – I would like to protest to your speech on a so-called Tamil Memorial Day.