Home » English » Against Tamileelam » News From » India » Economy: The ultimate victim of communalism and chauvinism

Economy: The ultimate victim of communalism and chauvinism

It is true that Muslim leadership, both political and religious, failed to detect early enough, and despite several warnings, the dangerous currents that were flowing deep under the muddy waters of a religious awakening since 1990.

Anti-Muslim violence that started in Negombo in the aftermath of the Easter carnage is now spreading into the north-west, aided,as usual,by some anti-Muslim elements in the police and armed forces.
In the meantime, President Maithripala Sirisena is far away in China, flown to talk about civilisation while his own country is de-civilising, and a hapless Prime Minister Ranil Wickremesinghe can only appeal to the people to remain calm and visit the ruins left after destruction. The country is virtually without a government for the second time. 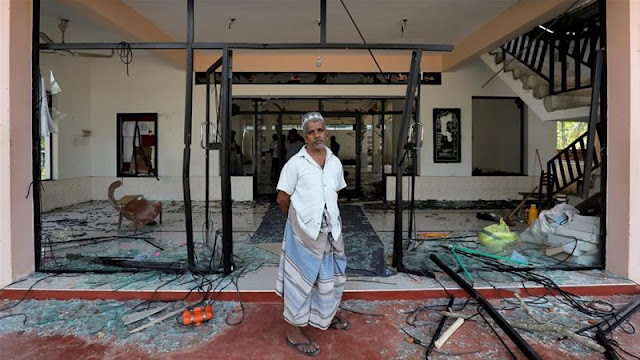 The situation is continuation of a history that started in mid-1950s.Since that time communalism has been picked as the only trump card to fight and win parliamentary elections. Sinhala nationalism, Tamil nationalism and Buddhist chauvinism were used very effectively by major parties to win elections.Lately Islamism also has joined the fray. With far right Buddhist elements coming into the scene in a big way, communalism is showing its ugly head once again before the next season of elections, which is around the corner.
Until 2009 every election was fought on the Sinhalese fear of Tamil language, Tamil nationalism and Tamil separatism….