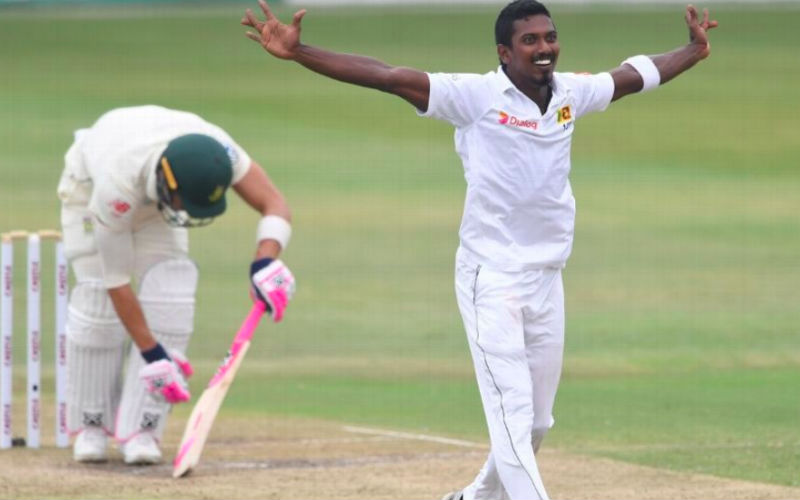 PORT ELIZABETH: Sri Lanka’s Vishwa Fernando produced an excellent display of swing bowling and struck two early blows to rattle South Africa who were reeling on 73 for four at lunch on day one of the second and final test at St George’s Park on Thursday.

Having won the toss and elected to bat, South Africa were in early trouble at 15 for three as Fernando (2-18) caused panic in the home dressing room with a fine spell.

Opener Aiden Markram (37 not out) and Faf du Plessis (25) steadied the home innings with a 58-run fourth wicket partnership before the home captain was bowled by the part-time seam of his Sri Lanka counterpart Dimuth Karunaratne with the last ball before lunch.

Earlier, left-handed opener Dean Elgar’s horror run with the bat continued when he was bowled by an in-swinging delivery from Fernando for six, the fourth time in five test innings he has been out in single figures.

Fernando then removed Hashim Amla for a golden duck, this time swinging back into the right-hander and crashing into the stumps in a superb display of control….

Terrorism and Mass Media: A Reflection from the Sri Lanka Terror Attack