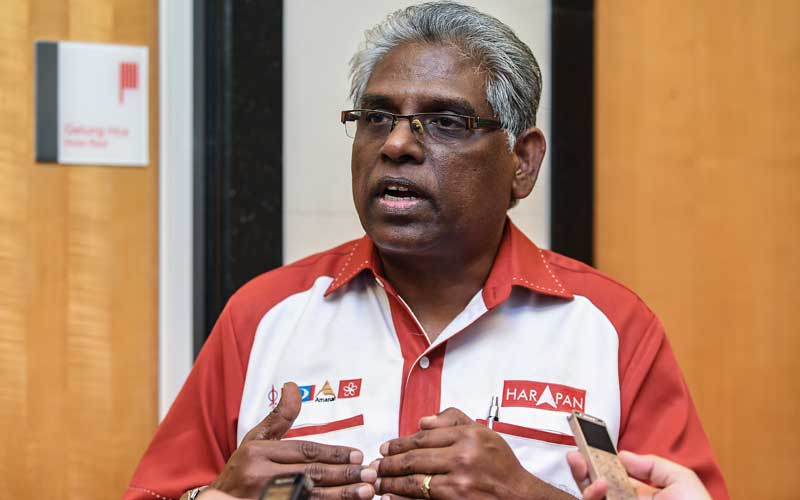 TANAH RATA: The Election Commission (EC) today ordered Pakatan Harapan (PH) candidate M Manogaran to leave a polling station during polling today in the Cameron Highlands parliamentary by-election because he was wearing a shirt with a party logo.

EC chairman Azhar Azizan Harun said Manogaran was ordered to leave the polling station at Sekolah Kebangsaan Senderut in Kuala Lipis soon after he was spotted in the attire.

He said no one is permitted within 50m of a polling station wearing or carrying material spotting the logo of political parties on polling day.

“The EC took immediate action by ordering him to leave the polling station,” Azhar told reporters after monitoring the polling at Sekolah Jenis Kebangsaan (Tamil) Ringlet.