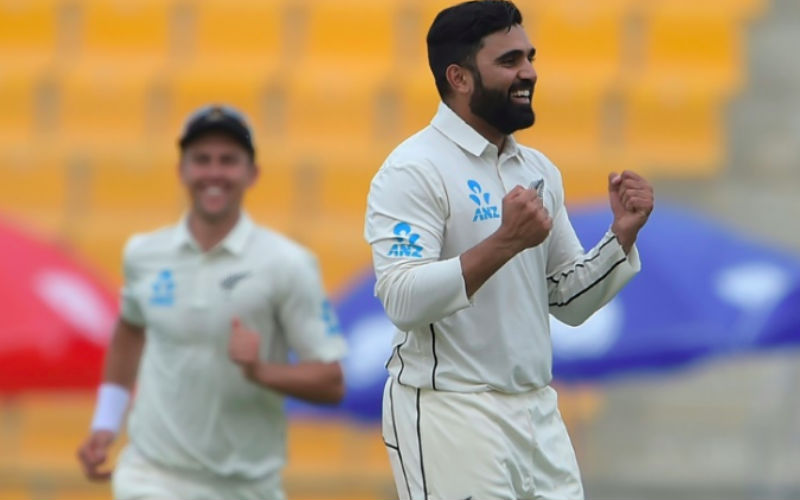 ABU DHABI: Debutant spinner Ajaz Patel took five wickets to lead a never-say-die approach from New Zealand bowlers as they pulled off a thrilling four-run win over an indisciplined Pakistan in the first Test in Abu Dhabi on Monday.

It is the fifth smallest win in terms of runs in Test cricket’s history and gives New Zealand a 1-0 lead in the three-match series.

Azhar Ali fought a lone battle for Pakistan with 65 and was the last man out when he was trapped leg-before wicket by Patel. He reviewed Bruce Oxenford’s decision but the television replays upheld the decision.

Resuming on 37 without loss, Pakistan began the day as favourites to chase down the 176 they needed for victory although New Zealand will have taken some hope from Pakistan’s failure at the same ground last year to chase 136 against Sri Lanka….