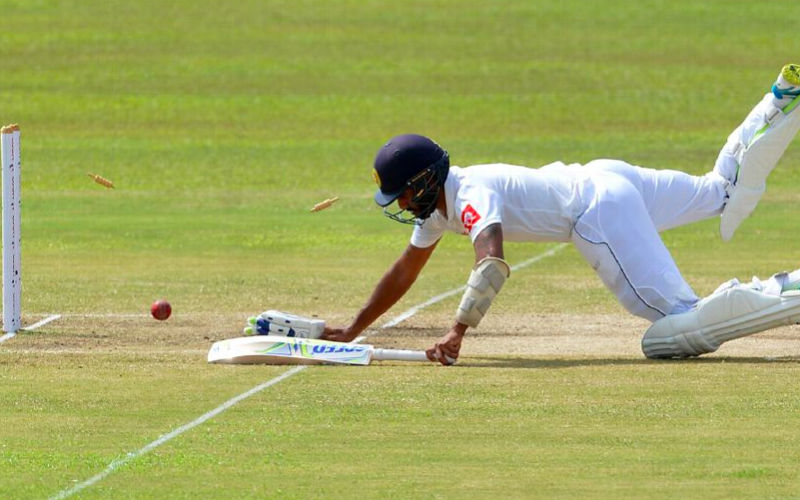 PALLEKELE: Sri Lanka were hit with five penalty runs on the second day of the second test against England after match officials ruled the hosts’ batsmen breached the law governing deliberate short runs.

Roshen Silva, who topscored for the hosts with 85, cut spinner Jack Leach away down to the boundary and ambled to the non-striker’s end, assuming the ball had gone for a four.

Silva had not grounded his bat and crossed back to return to the batting crease after watching Moeen Ali chase the ball down to scoop it back in play before it could cross the boundary.

The umpires interpreted the batsman to have deliberately run short and enforced the penalty as per the law.

“Cricket’s a complex game with all its rules and regulations but something happened here in Pallekele that I don’t think I’ve seen in my 20 years of playing and covering test cricket,” former England captain Mike Atherton said on Sky Sports.