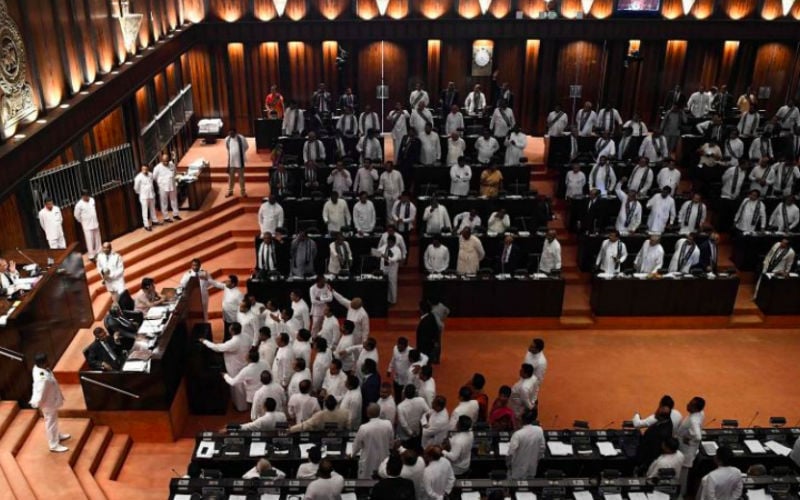 COLOMBO: Sri Lanka’s parliament descended into chaos on Thursday with MPs swinging punches and throwing projectiles a day after legislators voted the “purported” prime minister out of office.

“It was difficult to make out immediately who was hitting whom, but several were hurt, but not seriously,” an official in parliament told AFP. “The speaker adjourned the House.”

The official said an MP from toppled premier Mahinda Rajapakse’s party injured himself trying to rip out the speaker’s microphone and had to be taken to hospital.

Sri Lanka has endured nearly three weeks of crisis after President Maithripala Sirisena fired Ranil Wickremesinghe as prime minister and replaced him with Rajapakse on October 26.