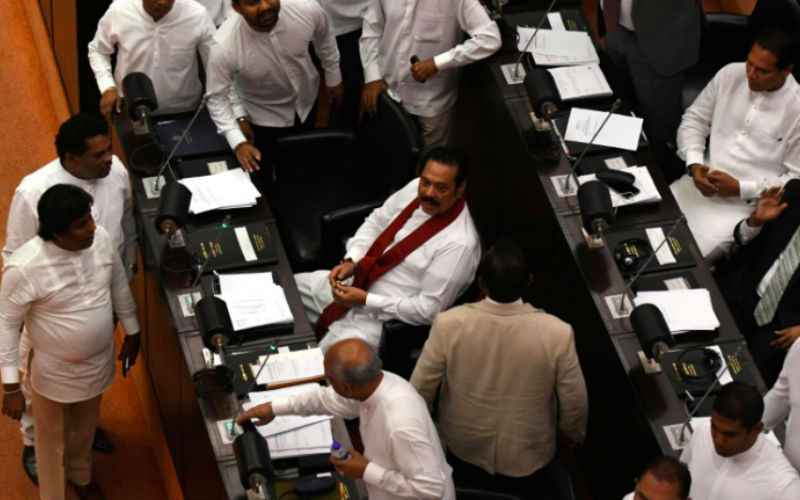 COLOMBO: Sri Lanka’s parliament on Wednesday voted out the bitterly disputed government of former strongman Mahinda Rajapakse, removing one controversial figure but leaving the country in a power vacuum.

The island nation has been in crisis since the president sacked prime minister Ranil Wickremesinghe on October 26 and replaced him with Rajapakse, who served as president until being voted out three years ago.

On Tuesday the Supreme Court overruled the president’s dissolution of parliament and halted preparations for a snap election, in a major boost for the ousted prime minister.

In stormy scenes Wednesday, legislators gave their verdict on the two rivals — with a majority in the 225-member assembly supporting a no-confidence motion against Rajapakse.