Root, Buttler sign up to Big Bash with Sydney Thunder 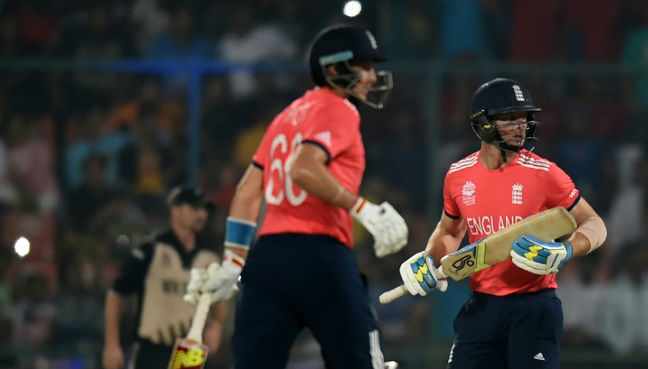 Joe Root and Jos Butler will team up for the Sydney Thunder in the Big Bash League. (AFP pic)

LONDON: England’s Test captain Joe Root and vice-captain Jos Buttler have agreed to a deal to play for Sydney Thunder in the first half of the 2018-19 Big Bash League.

Both players will be available for seven games that fall between England’s winter tours to Sri Lanka and the West Indies.

Root went unsold in the lucrative Indian Premier League auction in January and has played just 12 T20 matches since England’s defeat by West Indies in the World T20 final in April 2016 due to a combination of his Test commitments and poor form.